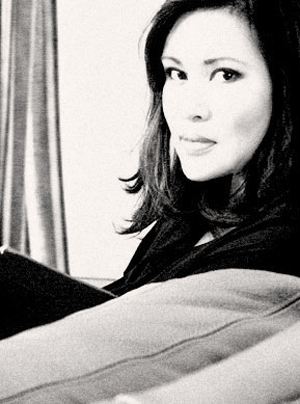 Leela Punyaratabandhu* is a writer and illustrator. She has authored three books: Simple Thai Food: Classic Recipes from the Thai Home Kitchen, Bangkok: Recipes and Stories from the Heart of Thailand, and Flavors of the Southeast Asian Grill: Classic Recipes for Meats and Seafood Cooked over Charcoal.

From 2008 to 2021, Leela wrote about Thai cuisine on her cooking blog, SheSimmers.com which was named the best Regional Cuisine blog in 2012 by Saveur Magazine. Also in 2012, Leela was named by the Chicago Tribune one of the seven new food writers to know. Leela’s writing has appeared in CNN, Wall Street Journal, Serious Eats, Food52, TASTE, and Dill Magazine. In 2017, she was named one of the 100 Greatest Home Cooks of All Time by Epicurious.

Her book, Bangkok, won the prestigious Art of Eating Prize, which is awarded to one single best food book of the year, in 2018.

Leela has an academic background in linguistics and philology. The culinary history of Thailand is among one of her many academic interests. She’s currently focusing her writing on her newsletter, The Epestle, and illustration works.